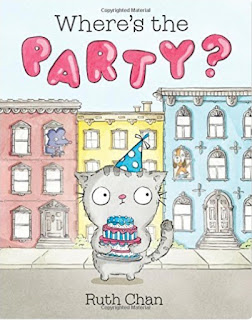 With all the picture book debuts this spring, it is certainly time to celebrate with a party!  Ruth Chan's picture book debut, WHERE'S THE PARTY? is exactly perfect for the occasion! It is not easy for illustrators to break into children's publishing. Nor is it easy for Georgie to throw a party in Ruth's book, but he manages to pull it off with big success. Congratulations to Georgie and to Ruth! 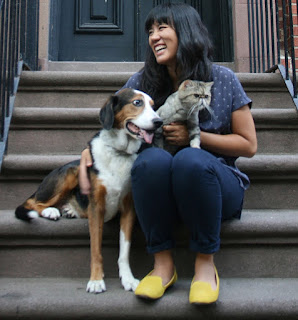 It is exciting to hear about each artist's journey to publication – can you tell us about yours?
Well, it all started with your class at SVA's Continuing Education!  And then I signed up for two more of your classes.  This was sort of the first concrete step I took.  I'd been surrounded by picture books all my life, first as a kid, and then as an educator, but never thought I'd have the chops to actually make one and get it published.  The classes helped me understand the basics of the industry, as well as what makes a good picture book.

Upon your recommendation, I signed up for the SCBWI (Society of Children's Book Writers and Illustrators) Winter Conference in 2013. I was so overwhelmed, I didn't manage to meet a single person, and returned from it completely disoriented.  I was, however, inspired, and decided to dedicate the next year to getting to know all I could about the industry, and working on my illustration.  I read picture books incessantly, went to book launches, followed everyone I could on social media, and painted every day. I returned to the 2014 SCBWI Winter Conference with a new portfolio, a deeper understanding of what I had to do, and a group of friends I'd made along the way.

I ended up winning a Runner-Up award for the Portfolio Showcase that year, and the very next day, I had emails and calls from agents and art directors.  I signed with my agent, and worked with her on a book dummy I'd started in an SVA class.  We sent it out and got a two-book deal at auction with Roaring Brook. It was very quick journey, and I'm very fortunate to have had that.

How did WHERE'S THE PARTY get started? What were some the stages?


The original idea came one day when I was walking in my neighborhood. A delivery man from Balloon Saloon was trying to deliver balloons to an address, but he couldn't find it, and was becoming increasingly frustrated. It was such a funny visual to see this person holding over 50 balloons-- something that would make anyone happy-- so agitated and angry.  I thought it'd be an interesting concept to make a book about anticipating a party, and having all the fun of it taken away.

I also knew Georgie (my cat) and Feta (my dog) were going to be the main characters of the book.  They are such odd and funny creatures in real life, it was inevitable that they'd become picture book characters. 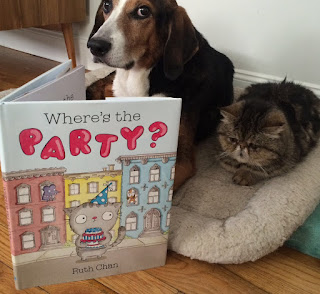 I loved painting the characters.  There were times I'd sketch or paint one of them and laugh out loud at how funny they were.  That's got to be one of the best feelings-- to draw something and then laugh or nod at something you did right.  I feel like we're always our own harshest critics, so to do something you actually like is quite the accomplishment. 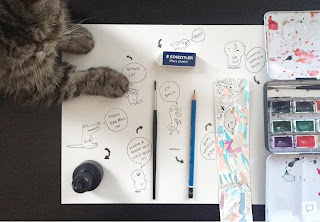 And the most difficult part?

It was hard to step back from the story and try to see it with fresh eyes at every round of edits.  You sort of lose sight of the story arc, the rhythm, etc. because you've read and looked at the darn thing so many times.

There was also one spread that I could not for the life of me figure out the colors for. I think I did the spread six times before settling on a palette I'm still not completely sure of. 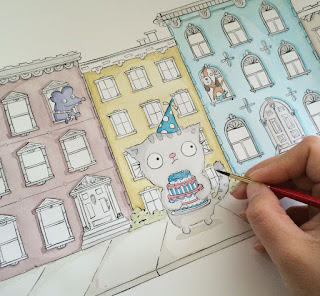 Where do you live and what is your studio like?


I live in Brooklyn, NY, just a few blocks from Prospect Park, the Brooklyn Museum and the Brooklyn Central Library.  It's great here. Feta loves going to the park, and Georgie loves staying inside and watching the birds from his perch on the windowsill. 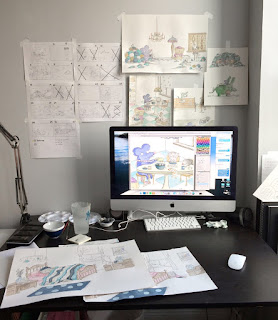 My studio space is in my bedroom, and while it isn't the most space, it has a great view of the city.  It gives wonderful light, and it's great for spacing out, and for watching the lighting change over the course of the day.  I also live across the street from another children's book author/illustrator, so we'll work together in his studio pretty often.  Making picture books can be such isolating and lonely work, so it's nice to have even just one other person around.  Feta even has his own bed there.

And then at night, Georgie and Feta usually snuggle up together and fall asleep.  Actually, they do this pretty much all day long. The are both kind of old, and love sleeping.  And love sleeping together. It never gets old, how cute it is.


What were you like as a child?  Did you always draw and paint since you were very young?
I was painfully shy as a child. So much so that I'm blotchy and crying in almost all of my school pictures from earlier grades.

I drew and painted as much as the average kid, but I wouldn't say I was a 'born artist' who was incessantly drawing.  I also didn't like to read very much until about 7th grade.  I much preferred playing outside in the woods and biking around with my friends!

How did you decide you wanted to be an author and illustrator of children's books?
Like I mentioned earlier, I'd always loved picture books. They seamlessly encompass some of the most beautiful things in life: A good story, beautiful language, incredible art, humor, wit, tenderness, and truths. I’d amassed a huge collection of them, but never allowed myself to really consider making them. While I doodled here and there, I had no formal illustration background, and, in my mind, there was no way I’d make it in such a competitive industry.

Then in 2012, a number of really difficult things happened at the same time and I found myself alone, jobless, and, quite honestly, depressed.  I remember sitting down in the mornings and drawing because I didn’t really know what else to do, and then— as things sometimes unfold— that aimlessness led to more illustrations, which led to taking a few SVA continuing classes, and then to attending an SCBWI conference.  And you know the rest!

Did you have some rejections along the way? What have been some of the ups and downs?
You know, I was really fortunate, I didn't really have many rejections when it came to picture book submissions, just because of how things unfolded for me.  I had a few from submissions I'd made at the 2013 SCBWI conference, but I also knew my work wasn't quite up to snuff.  I've had a ton of rejections from illustration competitions, and I think the key is to hope, but not expect.

That being said, there were so many ups and downs.  There are so many downs when you admit to yourself you really want something, and start working towards it, because you start thinking, "What happens if I don't get what I really want?"  But there are many little ups as well: Talking to a favorite picture book illustrator, finding a solution to a problem in the story, drawing that funny character.

There were a few times making WHERE'S THE PARTY? where I was convinced I couldn't make this book.  And I think you feel that working on any book, even if it's your 20th book.  But then your editor or agent or friend pulls you out of that, and you end up being just fine!


Are more books about these characters in the works?


Yes!  GEORGIE AND FRIENDS is going to be a series, of which WHERE'S THE PARTY? is the first.  I just finished working on the second book, GEORGIE'S BEST BAD DAY and is about Georgie and his friends having a bad day together. 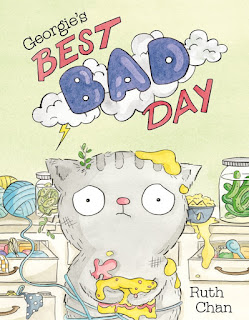 I'm also about to start illustrating a sequel to a book that comes out in September, 2016, called MERVIN THE SLOTH IS ABOUT TO DO THE BEST THING IN THE WORLD.  Colleen AF Venable is the author and has written two hilarious, heartfelt stories here.


Is there anything that you remember from SVA class that has been particularly helpful? Do you have any special words of advice or encouragement for illustrators/writers starting out now?
- Join SCBWI!
- Get others to look at your work and get feedback.  The critiques in your class were so helpful.
- Be prepared to work hard.  Read as many picture books as you can. Attend as many events as you can.  Get on social media to see who is talking about what in the industry.
- It's really not impossible! I remember sitting in your class thinking "Wow. This real life author/illustrator is here talking to us. If only I could ever get to that point. But it'll never happen." But it did! 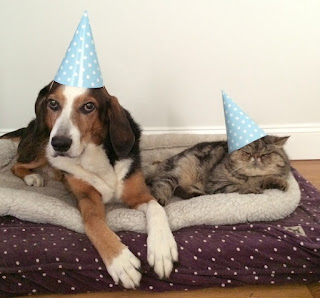 To find out more about Ruth and her work visit her website here
and for more fun pictures of Feta and Georgie check out her Instagram here
And now it is time to get to the PARTY!

Posted by monicawellington at 7:43 PM 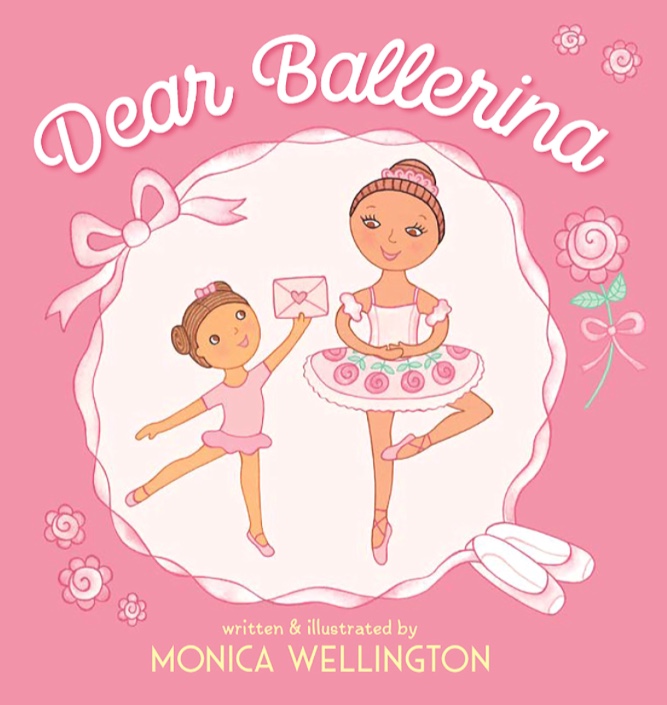 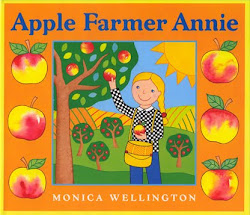 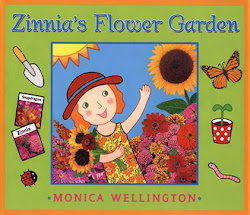 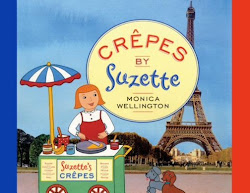 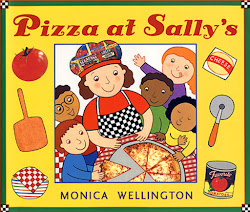 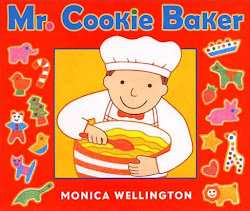 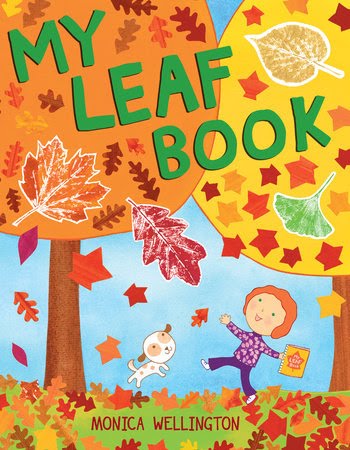 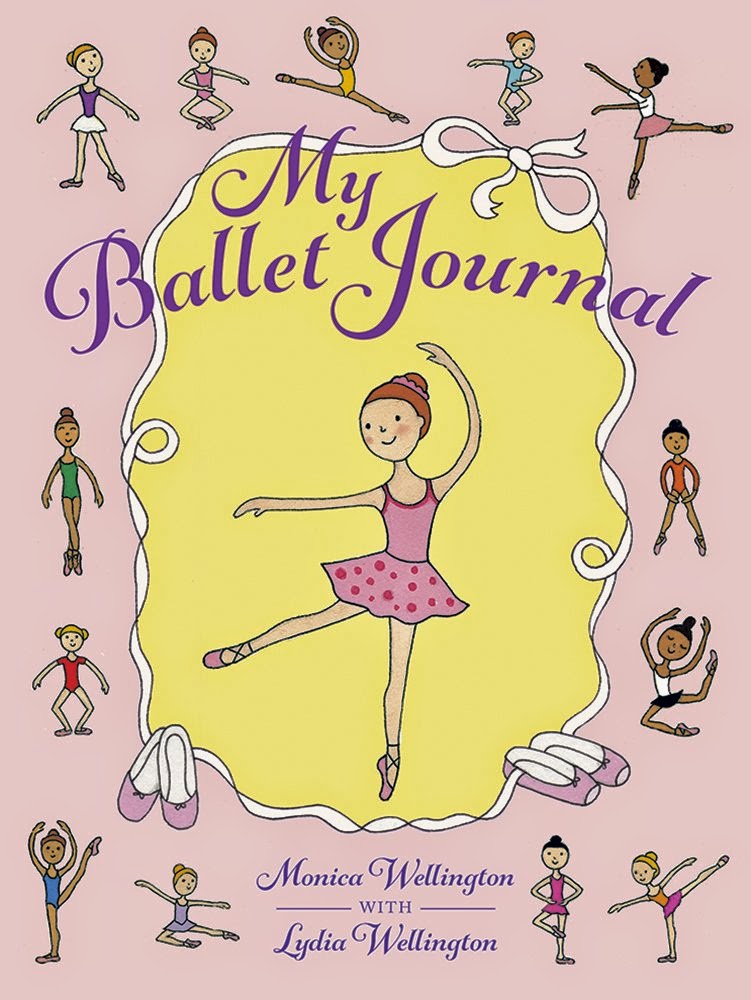 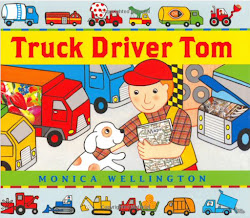 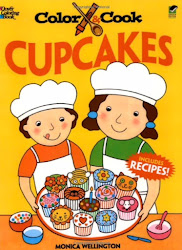 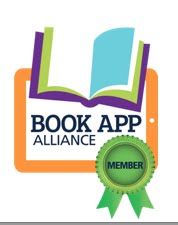 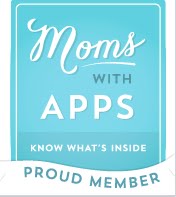